At 5:00 pm, I noticed a lot of bee activity looking like a swarm around my split. The new queen emerged last week, and probably finished her mating flight and was getting ready to lay. A usurper swarm noticed the vulnerability of the split hive with the new queen pheromones just kicking in. The swarm bees invaded. They usually ball the new queen and kill her. The swarm settled on the side of the hive and the sawhorses, then started to stream into the entrance. I saw some guard bees getting attacked and killed. This hive was vulnerable to the attack.

Here is a video of the attack!

And here is a picture of the new swarm fanning new queen pheromones. Most of the Swarm bees had entered hive by this time: 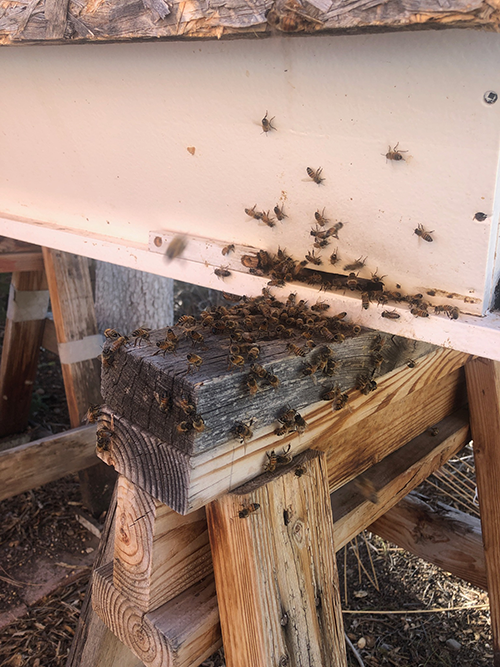 You need to be a member of ALBUQUERQUE BEEKEEPERS to add comments! 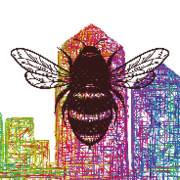